On Men and Sports, Parenting, Vulnerability and …

How to be a more positive, conscious, and active force in the world.

Dr. Jim Taylor earned his Ph.D. in Psychology from the University of Colorado and is an international authority on the psychology of sport and parenting. He has worked with the US and Japanese Ski Teams, the US Tennis Association, and with professional and world-class athletes in tennis, skiing, cycling, football, golf, baseball, and many other sports. He has published more than 1000 articles and given more than 1000 workshops and presentations around the world and is the author of 17 books including How to Survive and Thrive When Bad Things Happen (available on Amazon.com).

Jim is also a columnist for The Denver Post and writes about sports, parenting, education, technology, and popular culture, has appeared on major radio and television network shows around the U.S., and has been interviewed by The New York Times, The Los Angeles Times, The London Times and many other major newspapers and magazines. His posts, articles, and interviews have been seen by millions of people around the world.

He’s a former alpine ski racer who competed internationally, a 2nd degree black belt and karate instructor, a marathon runner, and an Ironman triathlete. In this episode we talk about men and vulnerability, resiliency, parenting, sports, and more.

More about Jim and his work including Online Courses, Prime Coaching, Speaking, and his Podcast at DrJimTaylor.com/ 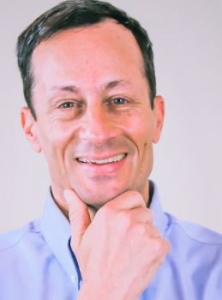 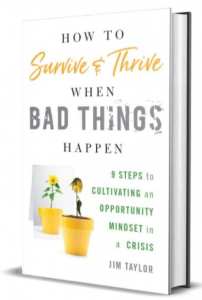 Get the latest in life navigation tools!